Epilepsy is a neurological disorder where abnormal electrical activity in the brain triggers seizures. Some epilepsy syndromes have a genetic component, while others do not. Usually, epilepsy is controlled with anticonvulsant medications, but sometimes these don’t work, for example in the case of drug-resistant epilepsy, so surgery might be offered to try and provide seizure relief.

What kinds of surgeries are there?

There are multiple types of epilepsy operations, all of which rely on the identification of the area where the seizures originate. We’ll explore what these procedures look like now:

Focal resections: this is where the area of seizure activity is removed. This procedure is only done when the area in question is a non-critical area (for example, not an area involved with memory, speech or vision) and both MRI and the electroecephalogram (EEG) show an abnormality.

Lesionectomy: similar to focal resection, this is where a structural abnormality causing epilepsy, such as an arteriovenous malformation (AVM), is resected, along with adjacent tissue.

Corpus callosotomy: the first surgery for epilepsy ever to succeed (Google “patient HM” to learn more), this involved severing the corpus callosum – the band of white matter connecting the two brain hemispheres, to prevent epileptic activity to travel between hemispheres. This procedure is normally only done in individuals with severe generalised epilepsy, where both sides of the brain are involved. 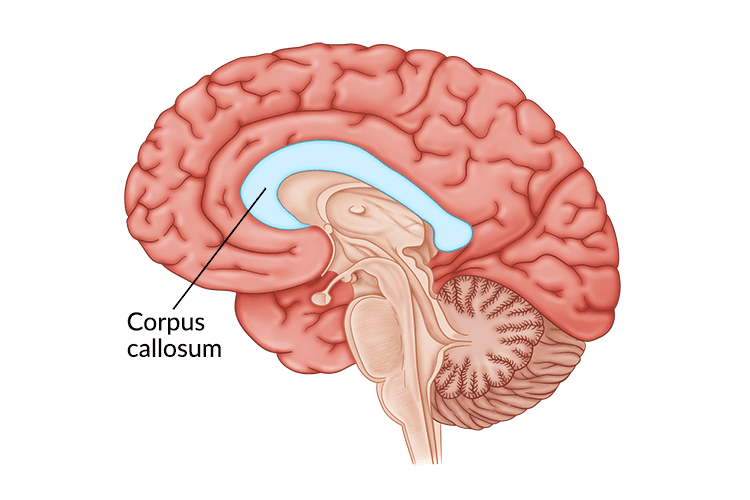 Hemispherectomy: this can be either functional or anatomical in nature and is usually only done in children. Anatomical hemispherectomies involve removing all four lobes of the brain on one side while leaving subcortical structures in place. A functional hemispherectomy removes less tissue and severs what remains so is less risky, but only helps a select few.

Hemispherotomy: also, only done in children, in this procedure a hole, or multiple holes, will be made in the affected hemisphere rather than removing tissue.

Multiple subpial transections: like a hemispherotomy, this operation doesn’t involve tissue removal. This is often done when seizure activity originates in critical areas responsible for movement and speech. It involves making multiple shallow cuts to the surface of the brain to try and sever the fibres involved seizure activity. It might also be done alongside a focal resection, when not all the area causing the seizures can be removed.

Stereotactic radiosurgery: a minimally invasive procedure where there is no need to open the skull, this procedure involves using radiation to target the area of seizure activity with minimal disturbance of the surrounding healthy tissue. Read more about radiosurgery on our website!

Laser interstitial thermal therapy: like stereotactic radiosurgery, this procedure doesn’t require opening the skull so is considered minimally invasive. It is usually done in patients with small lesions triggering seizure activity, using a laser to accurately destroy it. It is normally offered to those with temporal lobe epilepsy arising from mesial temporal sclerosis.

Frontal lobe resection: the second most common area of epilepsy surgery, this is where an area of the frontal lobe where seizures arise is removed. As the frontal lobe is home to the areas of executive skills such as concentration, motivation, attention, planning and self-control, individuals undergoing this operation may experience changes to these functions following surgery.

What are the outcomes of Epilepsy surgery?

The goal of epilepsy is seizure control and improved quality of life, while preserving critical brain areas. Temporal lobectomy can be regarded as the most successful procedure, with more than 85% of patients reporting improved seizure control, 70% achieving seizure freedom with 50% remaining seizure free 10 years later. Frontal lobe resection reports a 70% improvement in seizure control, though most patients will need continued drug therapy, generally at a decreasing dose. As mentioned previously, frontal lobe resections may also cause altered personality as the frontal lobe controls our executive functions. Hemispherectomy and hemispherotomy also show good results, with over 80% of patients showing significantly improved seizure control, potentially achieving seizure freedom. For procedures involving the removal of a structural lesion, seizure freedom is often achievable, but these operations will carry their own potential side effects/risks.

Epilepsy is managed surgically when conventional drug therapy fails, or where there is a structural abnormality giving rise to seizure activity.

There are multiple operations that can be carried out, involving removal or destruction of the cause of seizure activity, or the severing of the fibres facilitating seizure activity.

Some procedures are only done in children, others in both children and adults

Get our articles and videos delivered straight to your email.

Find Us On Social Media

Brainbook is a charitably incorporated organisation.
(Charity commission No 1181711)